.....on the craft front! There has been some very serious rain, but in my world that is always preferable to snow! I did finish up the second spin of the year Monday evening and haven't done alot of anything since. Well I wove in some ends on the weavette squares and I did finally get my knitting machine to knit so that was a celebration in itself! 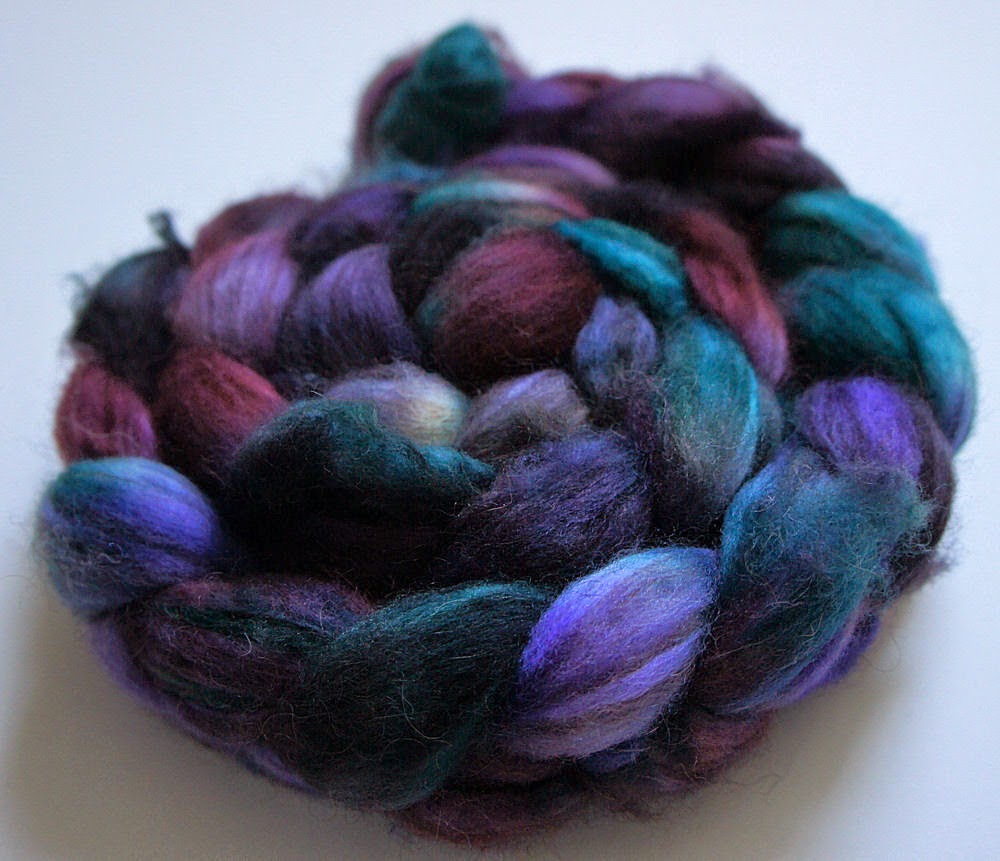 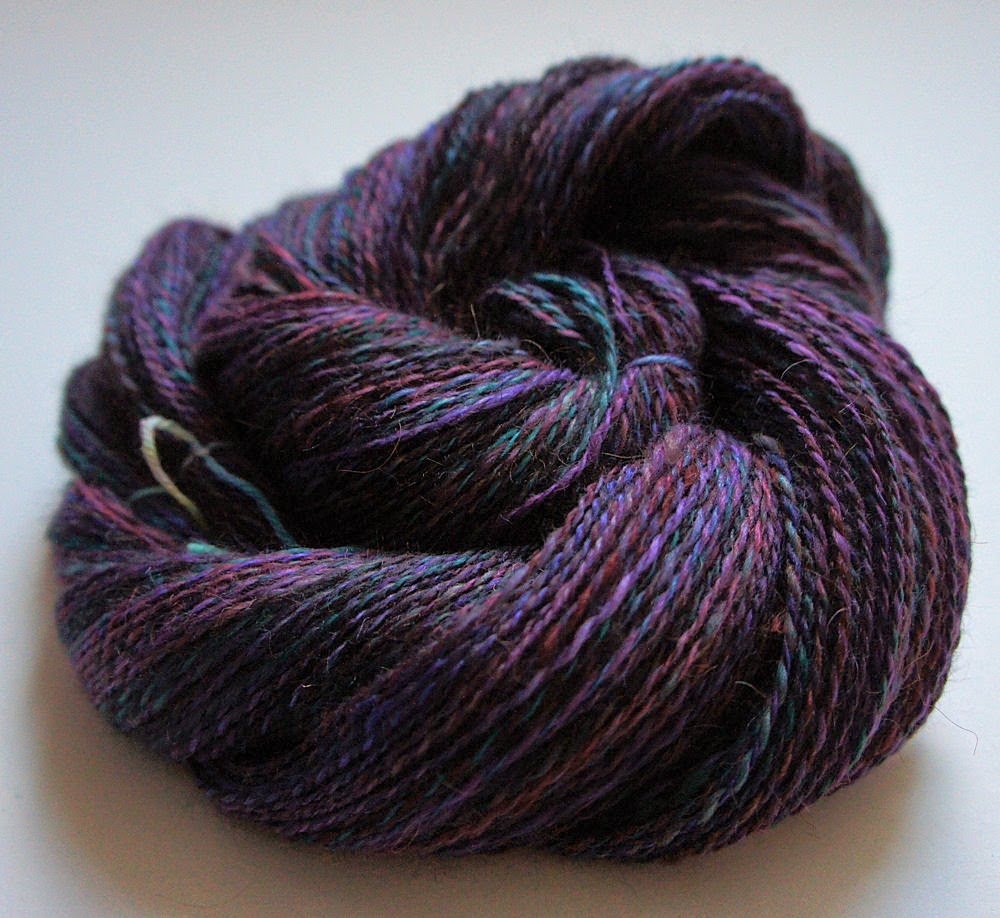 This was some merino/camel that had been put aside. It was the end of the bump and there were some straggly bits making up the 100g, not good enough to sell but still perfectly fine to dye and spin.

I haven't done alot of weaving, still need to plug away at what's on the loom and I've also dug out the last knitting project I worked on which isn't finished.....high time I got the ends sewn in, think it's been in the bag quite a while. Hopefully by moving it into a prominent position they (some mittens) will be completed soon, my project notes said they had been cast off way before LAST JUNE....eeek! I have set myself the target of actually completing them before I start anything else, it would be good to complete the weavette blanket too, but one thing at a time! Achievable goals but maybe it's time spinning took a break while I get these things done and dusted!
Posted by Joanna at 2:38 PM

Very decent of you not to try to sell the funky ends, even though you paid as much for them as the rest. Beautiful colours and yarn!

jomana yusef said...
This comment has been removed by a blog administrator.
4:45 AM

Unknown said...
This comment has been removed by a blog administrator.
6:52 PM