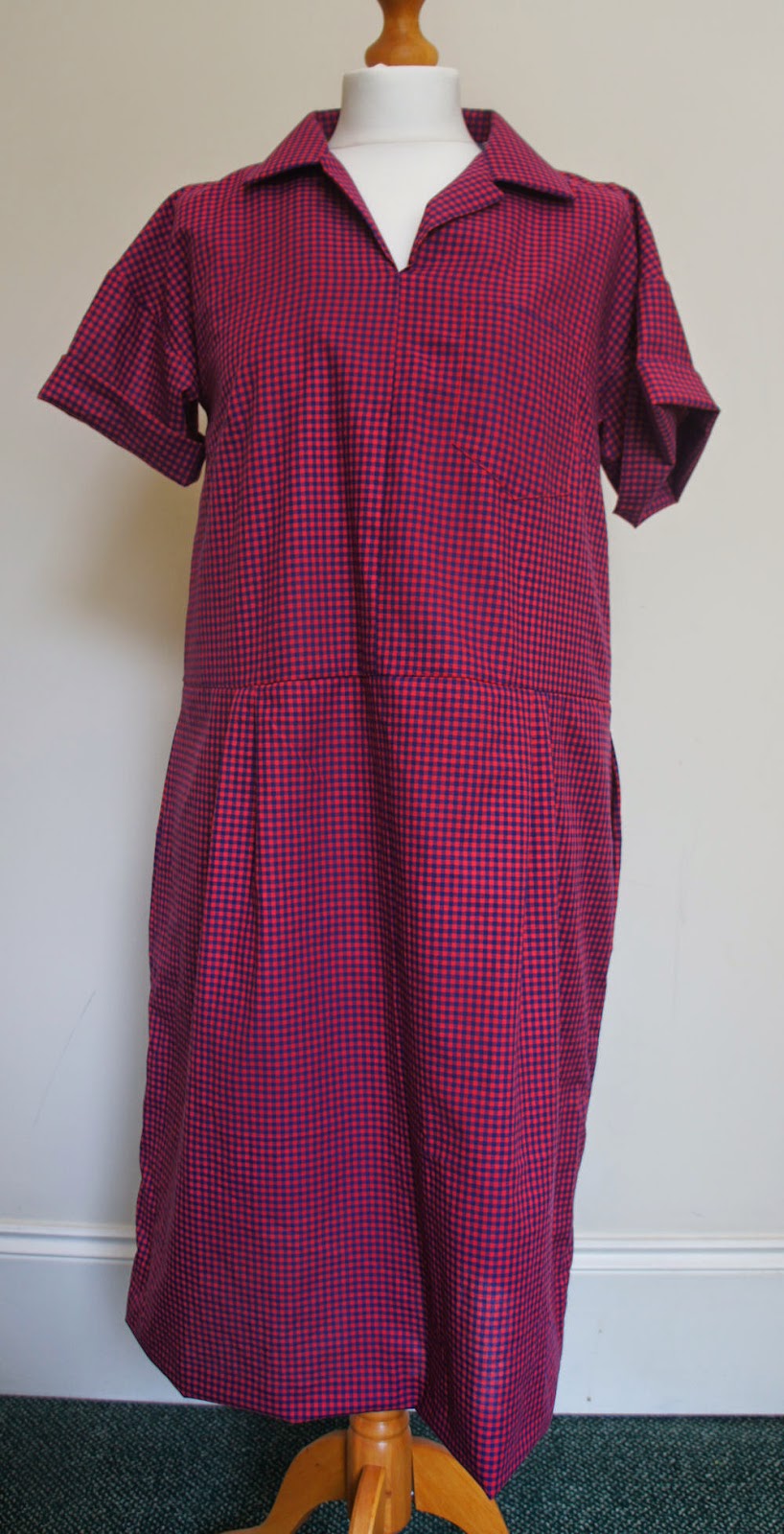 Well it's been a funny few months, and about time I did a little update! Knitting has been slower than slow, I see why so many of my friends have more than one knitting project. I got bored with the mittens I was knitting which slowed things down, any normal knitter might start something new, but I'm not a 'normal' knitter! I have actually cast the mittens off but they need ends sewing in and one has a hem to sew too.
I did manage to get a dress cut and sewn. I tried the sample on in the Merchant & Mills store and liked it so much I bought the pattern. Just had a new sewing machine for my birthday so there are plenty more Merchant & Mills dresses in my future, infact I have cut another one of these out but have stopped sewing to get on with a bit of weaving and spinning! 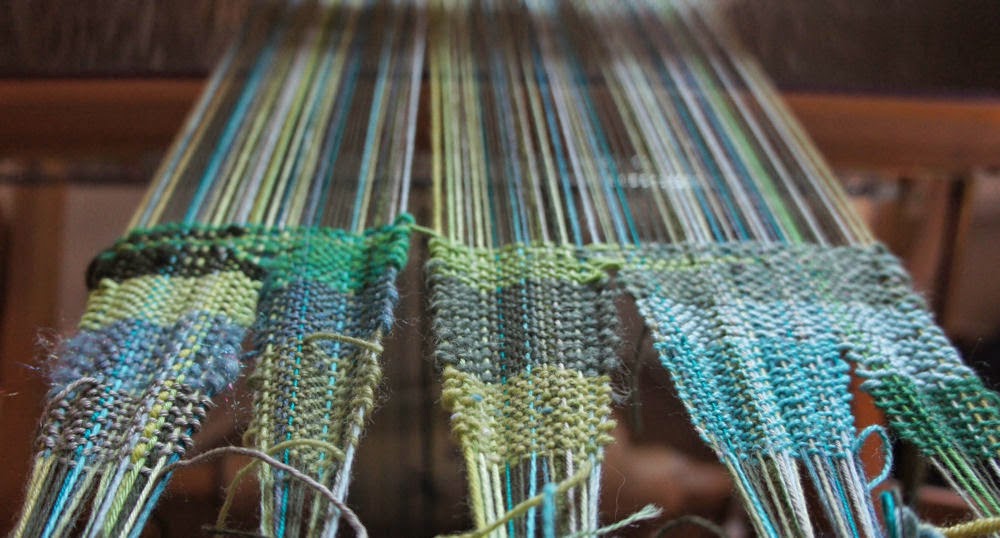 It was about time I got something on the loom, it WAS April after all, I couldn't really leave my loom standing empty any longer and since I had help to get the warp on the loom for once that's what I did. The Guild have a bi-annual competition and the theme this year is 50 Shades of Green, I'm hoping for 50 types of green, I have no idea what it will be when it comes off the loom but I have till November to think of something! I don't even like green! 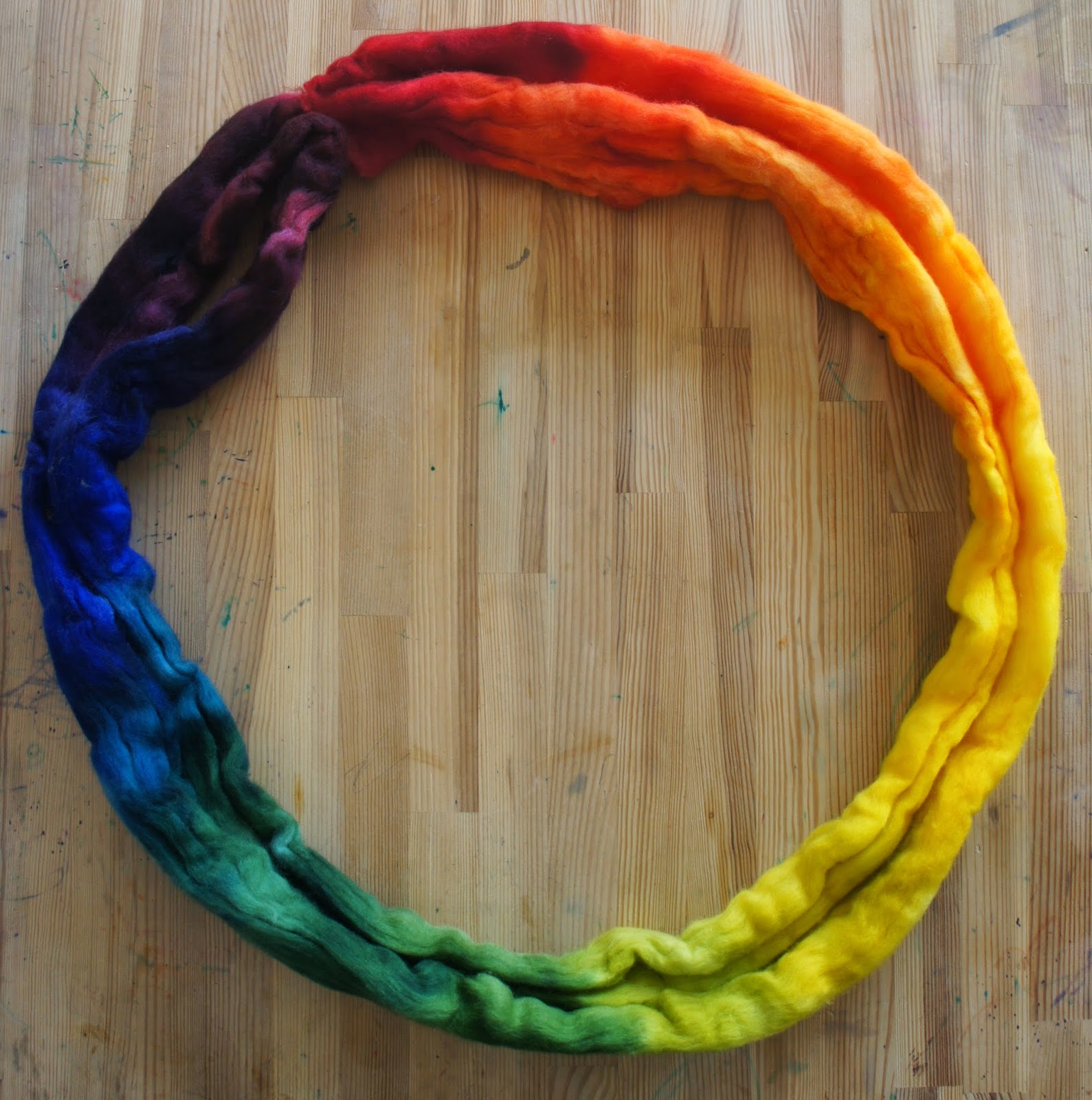 Weaving stopped for a few days as I also decided I missed spinning and the only way to fit spinning into my life is to allocate a 'Spinning Night'. I started this 'imperfect rainbow' last week. (It's imperfect because the red was too dark, the blue was too blue and I have too many colours between red and yellow) I created this as a sample for a workshop on mixing from the primary colours. Anyway Tuesday night spinning turned into Wednesday, Thursday, Friday, Saturday, and Monday spinning, I became a bit obsessed once I started it and yesterday morning after another Tuesday night spin, I finished the chain plying. Photos of the finished yarn soon but I have a few of yarn on the bobbin. 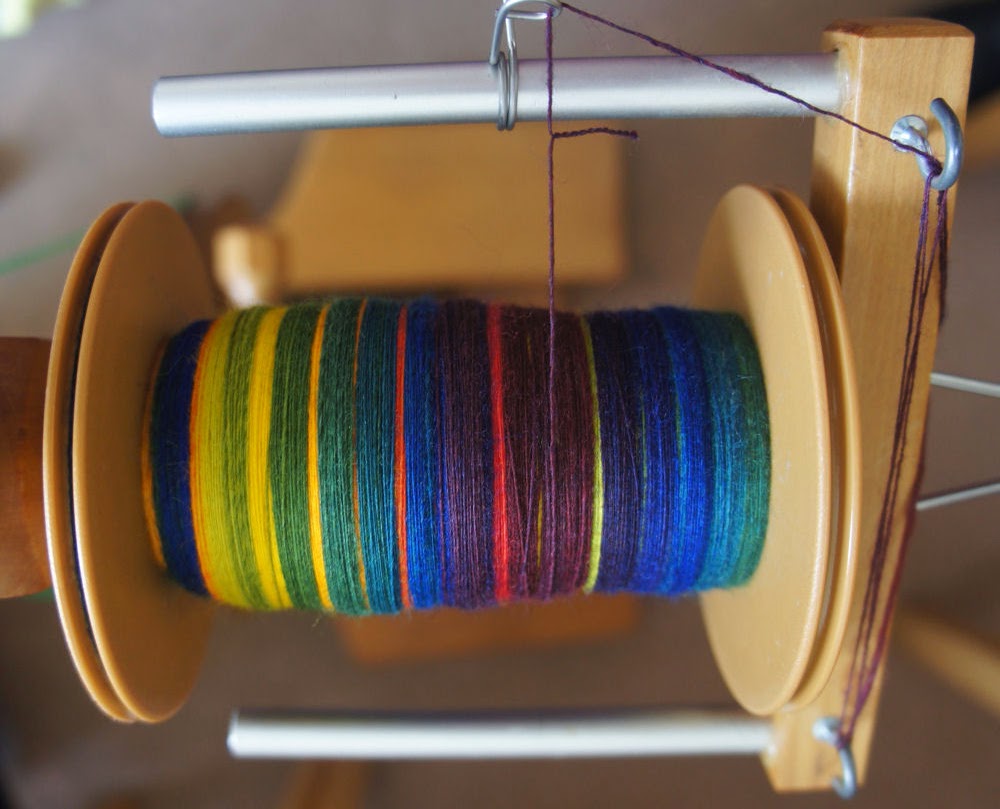 In other news I am now on a 10 week college course (PTTLS- Preparing to Teach in the Lifelong Learning Sector) so that takes precedence over all other work but finishing those mittens, a bear and a throw are also on the list too.