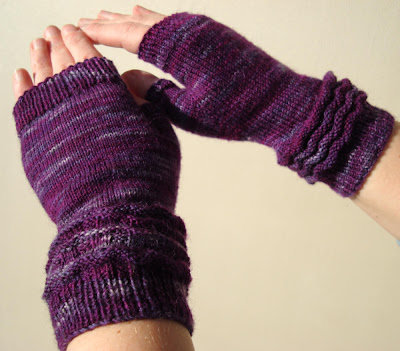 Not alot else to show at the moment, there has been a little bit of spinning, and I washed some skeins today so maybe some yarn photos later in the week!
Posted by Joanna at 12:03 PM 4 comments:

Take The Weather With You! 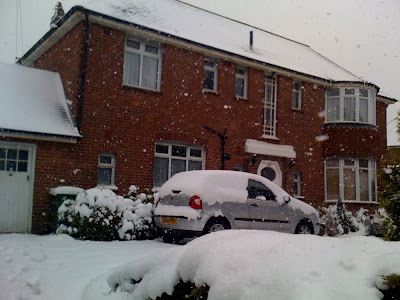 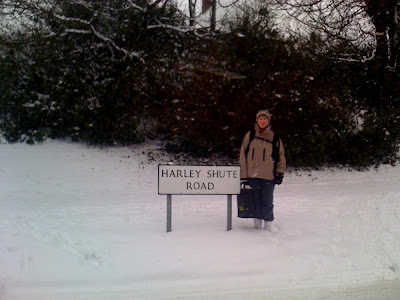 There has been a bit of snow causing havoc in the UK this week. More snow than I have seen since the 1970s!

I did manage to finish my camel/silk. It's not really a contender for the 800yard race, I had 576 yards, which was a little disappointing, although I think I could achieve 700 with a different fibre. No photos yet, I've not got around to washing it!

Apart from that I've been doing some garment sketches for my City and Guilds Handknitting, and working on some tv handwarmer knitting.

I also want to say a big Happy Birthday to Marianne, for Tuesday! Happy Birthday Big Sis, hope you have a lovely birthday! xoxox
Posted by Joanna at 1:36 PM 10 comments: 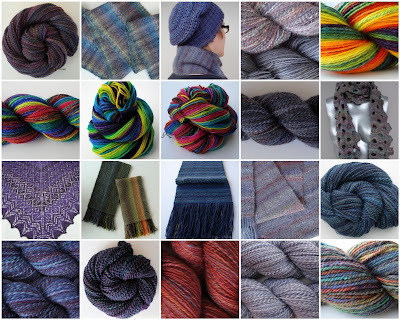