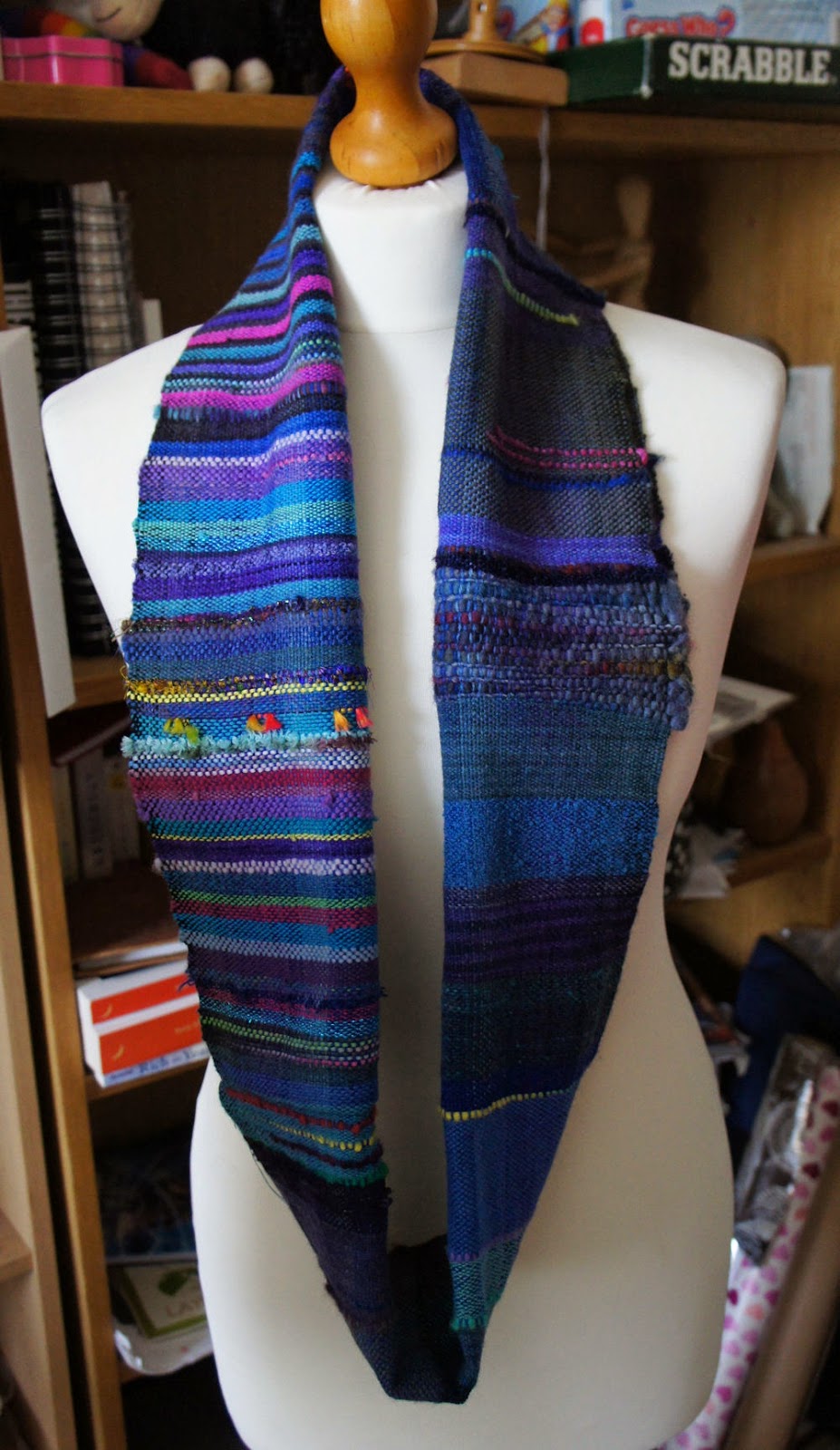 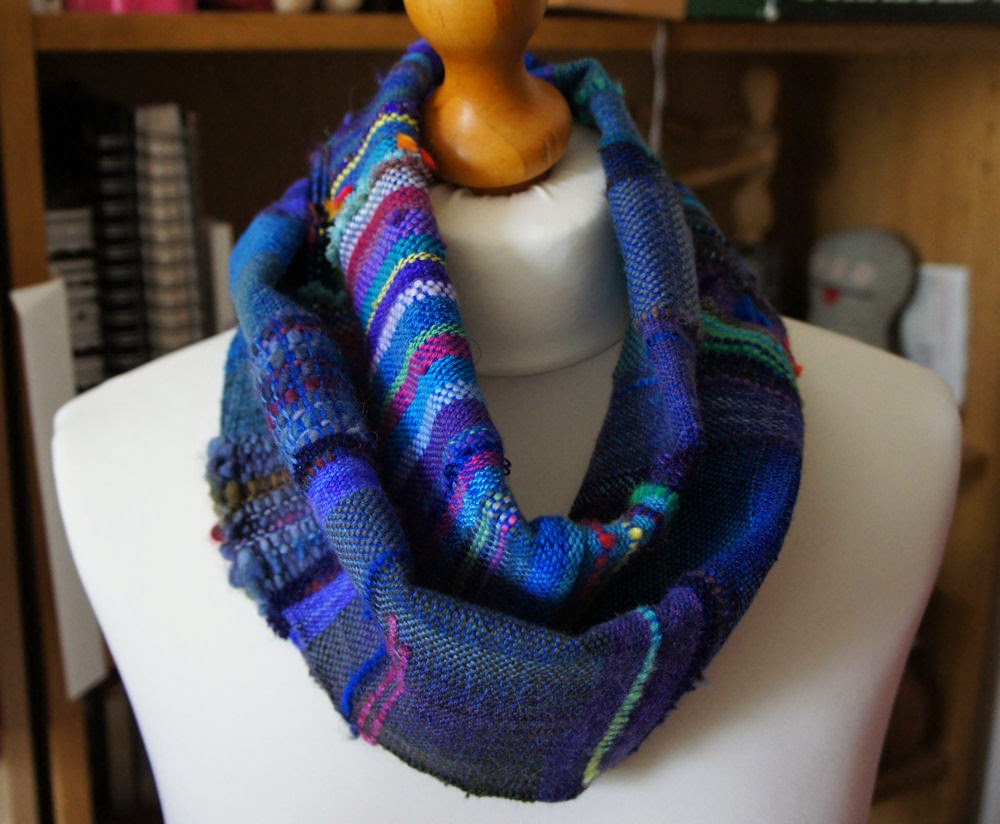 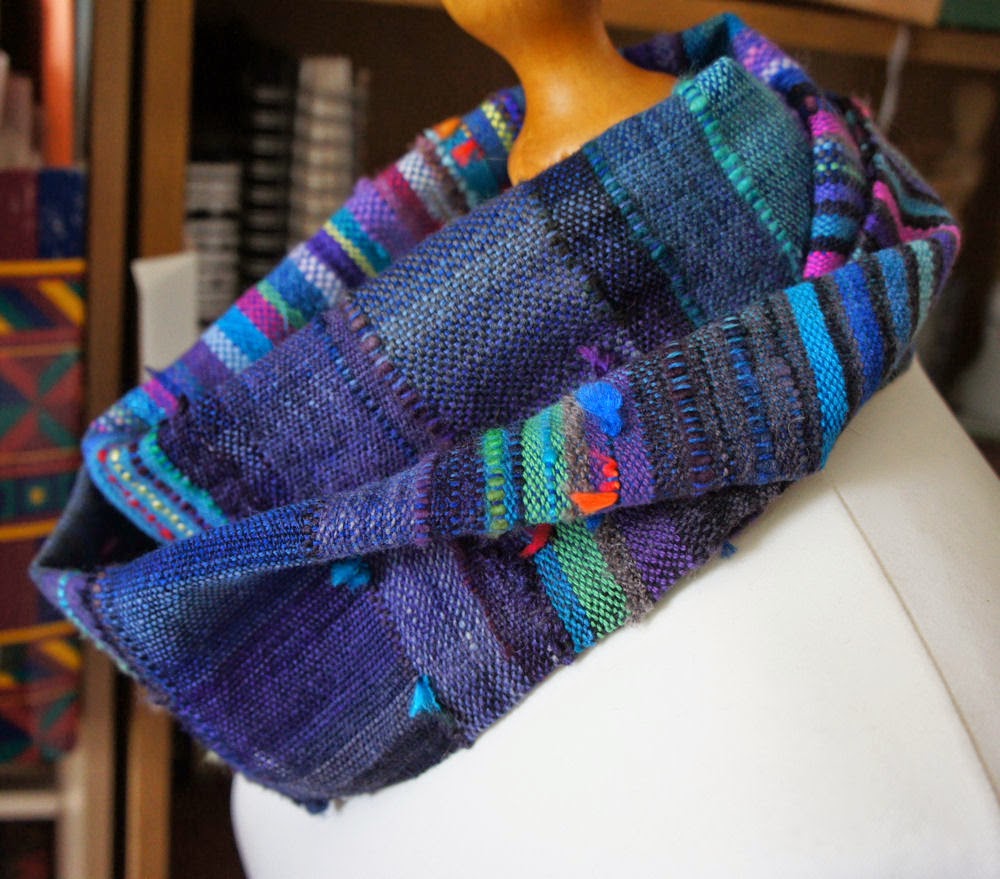 So there I was catching up with posts in one of the Saori groups on Ravelry when I saw they were having a little weavalong for a 'Think Spring Infinity Cowl'.

I had some leftover handpainted warp left on the loom from the last scarf I made and decided it was perfect for me to join the weavalong and make an infinity cowl instead of a scarf.

I had a lot of fun making this and am now contemplating warping the loom for a couple more! I don't like the loom standing empty!

I am making good progress with the cardigan, both fronts are done and I'm just working on the back at the moment. Endless stockin stitch has become a little tedious though but I have just done a provisional cast on this afternoon for 'Jazz Hands' by Kate Davis, Rosanna bought me the yarn (which is Skein Queen Voluptuous Skinny Minnie) for my birthday (which isn't until the end of April). We are going to have a little mitten knitalong!

So here we are almost mid March, and I've been keeping myself busy and out of trouble with an assortment of projects.

I finished some spinning:

I added this woven band to a charity shop find: 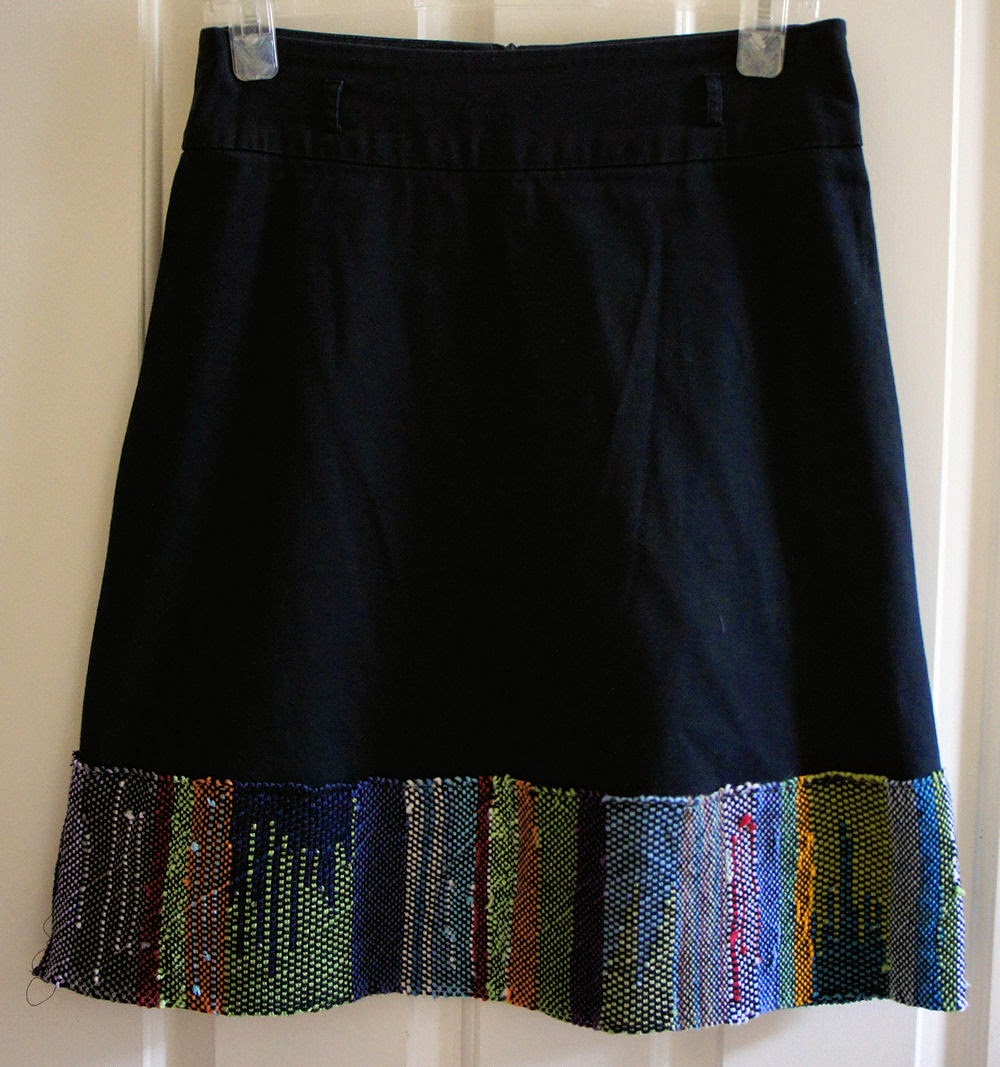 I finally found my knitting mojo: 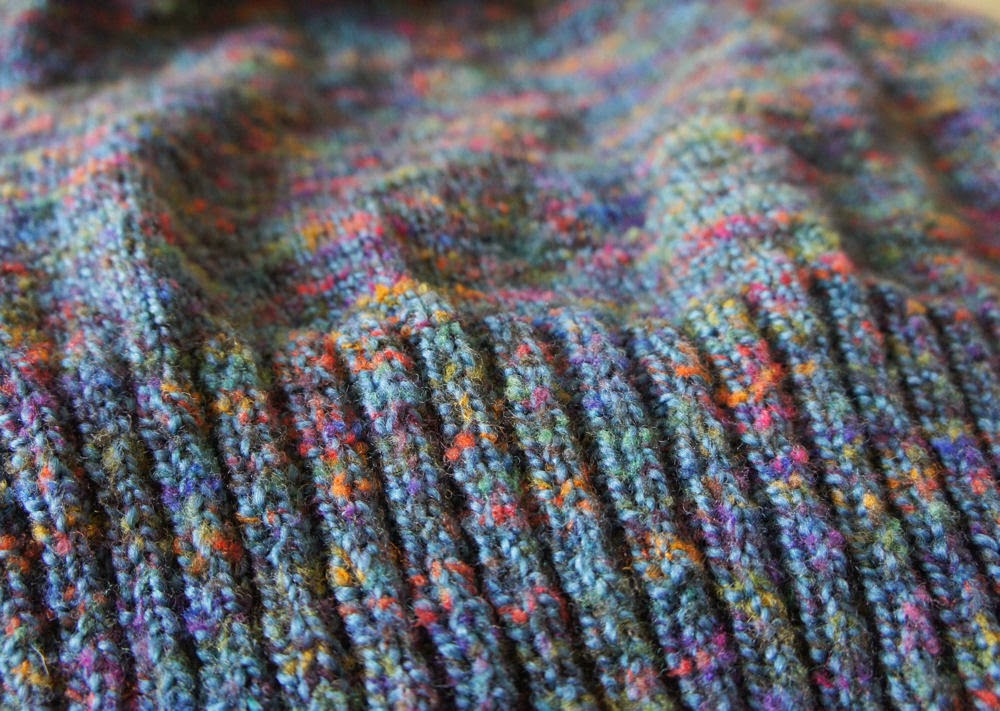 I wove another hand-painted scarf: 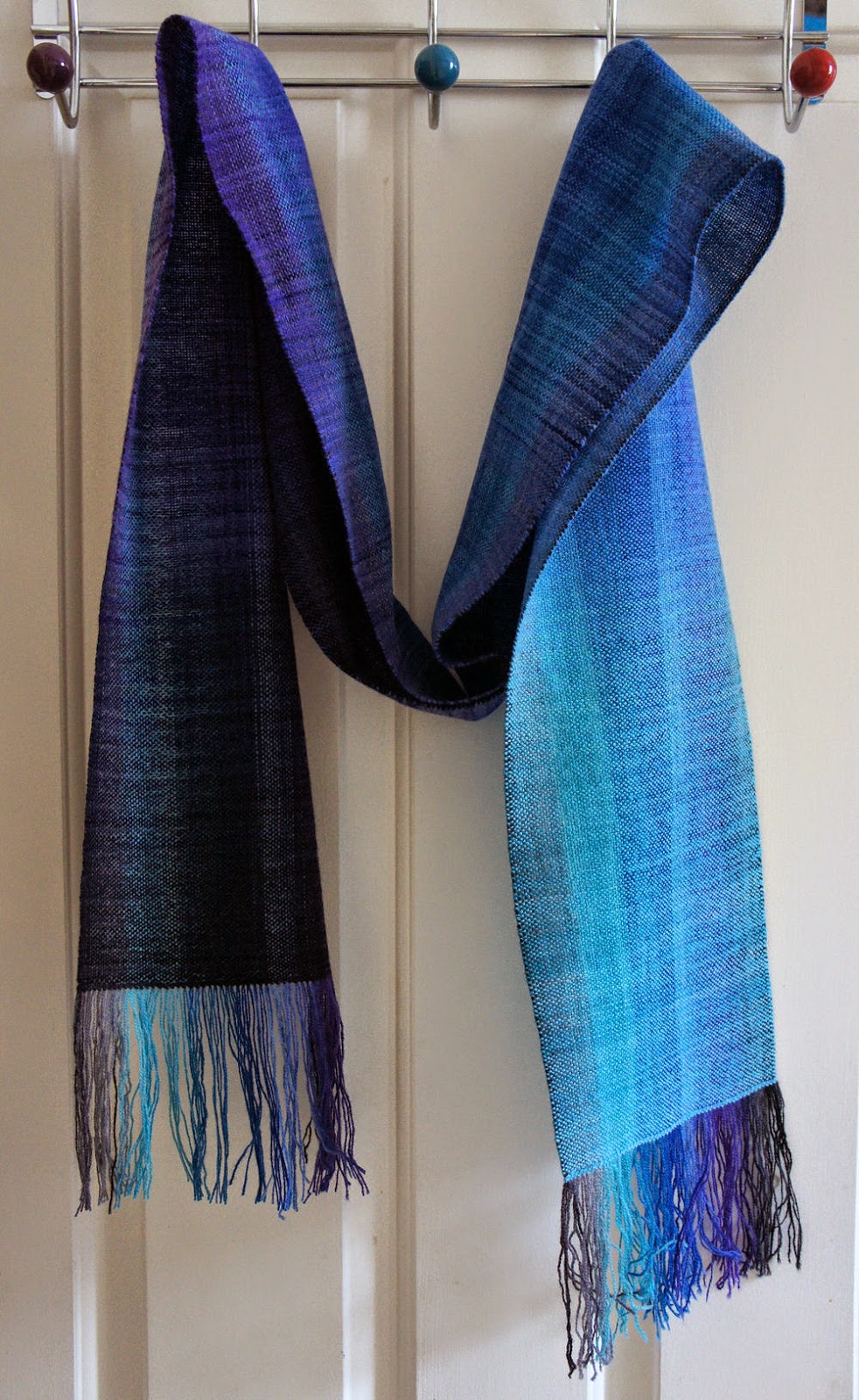 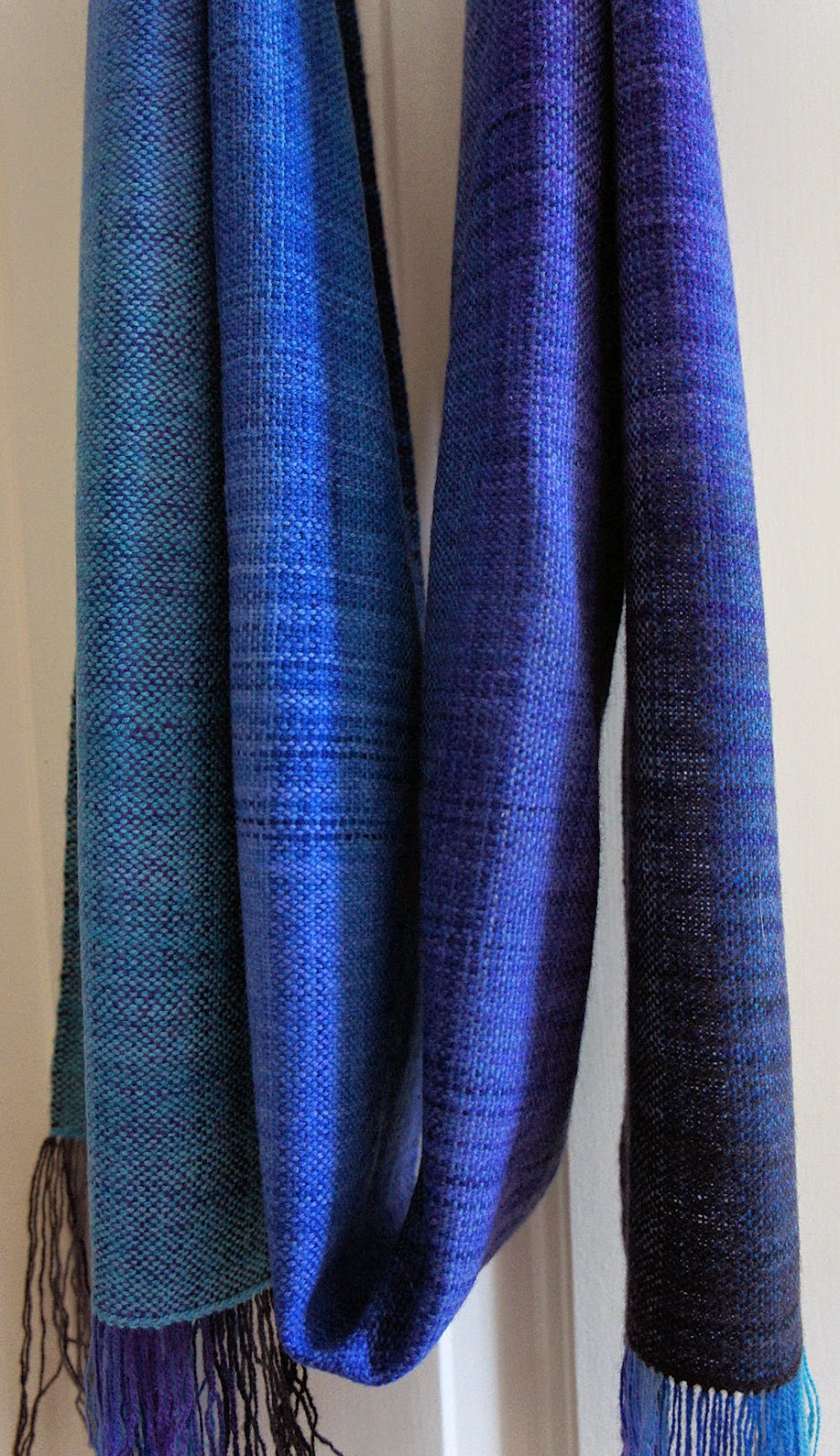